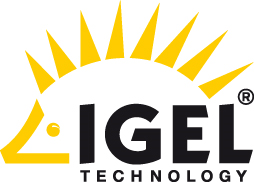 IGEL Technology further consolidated its leading position in the international thin client market and remained the clear No. choice 1 in Germany in 2014 for the ninth year in a row. According to the latest figures from IDC, IGEL sold more thin clients in Germany than any other manufacturer last year. Its market share increased to 30% – equivalent to an increase of over 25% in the number of units sold in Germany. IDC reports that a total of approximately 481,900 thin clients from all manufacturers were sold last year in Germany, which means that the market grew by around 22% and remains by far the most important sales region within Europe. IGEL also reported a fantastic international year also. The company improved its market shares both in Europe (e.g. in Finland, France, Italy and Spain) and overseas (in the USA and Australia). This continuous growth on the global market can also be seen in terms of total sales figures. Of a total of 276,142 IGEL thin clients sold worldwide (+ 25%) approximately half of them were sold outside of Germany.

“We have been the thin client market leader in Germany for almost a decade now. This is a massive achievement but we are not prepared to stop there. Over the past few years, we have continually built up our international business and used regional branches to ensure that our customers all over the world can rely on having competent local points of contact,” says Heiko Gloge, Managing Director and Partner at IGEL Technology. “At the same time we have been consistently expanding our product portfolio without ever losing sight of users’ requirements. This is why we are not only the German market leader but, with an export ratio of almost 50%, also a strong and reliable partner on the global stage.”