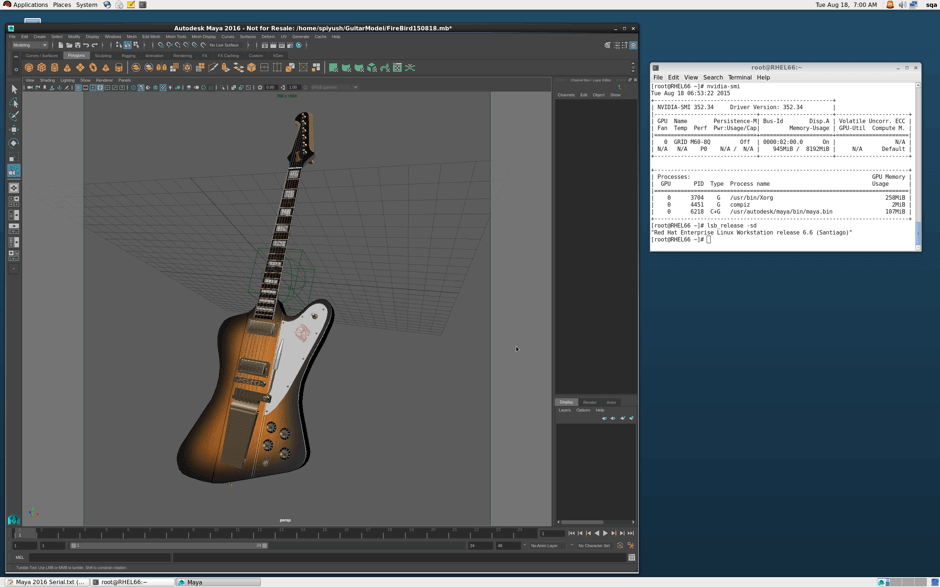 VMware has released Horizon 6.2.1,  and they have made some improvements to the 3D graphics capabilities that have been available in Linux desktops since Horizon 6.2.

Linux desktops in VMware Horizon 6.2.1 include the following new features:

With clipboard redirection, you can now copy and paste plain text, rich text, or images in Rich Text Format (RTF) between a local client and a remote Linux virtual desktop.

With single sign-on, you do not need to enter the account and password twice to log in to a Linux virtual desktop. Linux desktops for Horizon 6.2.1 have a secure design for single sign-on, so the user’s credential information is not saved locally or transported across the network explicitly.

The single sign-on feature is currently enabled on Red Hat Enterprise Linux 6.6 Workstation x86_64 and CentOS 6.6 x86_64. Organizations can even integrate Linux virtual desktops with Microsoft Active Directory through Open LDAP. You can use single sign-on with Horizon Client for the Mac, Windows, and Linux platforms.

Smart card authentication is a mandatory feature for federal agencies and other organizations that have strict requirements about security. Linux desktops in Horizon 6.2.1 support both Personal Identity Verification (PIV) cards and Common Access Cards (CAC) with Red Hat Enterprise Linux 6.6 Workstation x86_64. You can connect the card to a Horizon Client and log in to a remote Linux desktop with the credential information encrypted in the card.

Prior to Horizon 6.2.1, Horizon 6 for Linux entered the client environment information, such as client host name, IP address, and so on, into the standard log file, which included other debugging information. This large, complex file was inconvenient for administrators who wanted to use the environment information to control client access to a remote Linux desktop. For example, some organizations used the client host name to determine whether the user was logging in from a certain location. They could then use auto-logout to automatically log that user out after using the desktop.

Now, with Linux desktops in Horizon 6.2.1, the client environment information is saved in one smaller, dedicated file, /var/log/vmware/Environment.txt. The administrator can now easily parse the information to control the deployment of Horizon 6 for Linux.

How To Troubleshoot VMware Horizon Logons