Gartner says Hyperconverged Integrated Systems will be mainstream in 5 years 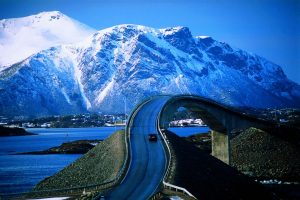 The market for hyperconverged integrated systems (HCIS) will grow 79 percent to reach almost $2 billion in 2016, propelling it toward mainstream use in the next five years, according to Gartner, Inc.

Speaking ahead of his keynote presentation at the Gartner Infrastructure, Operations & Data Center Summit in Sydney, Andrew Butler, vice president and distinguished analyst at Gartner, said the integrated systems market is starting to mature, with more users upgrading and extending their initial deployments.

“We are on the cusp of a third phase of integrated systems,” said Mr. Butler. “This evolution presents IT infrastructure and operations leaders with a framework to evolve their implementations and architectures.”

Phase 1 is the peak period of blade systems (2005 to 2015), Phase 2 marked the arrival of converged infrastructures and the advent of HCIS for specific use cases (2010 to 2020), and Phase 3 represents continuous application and microservices delivery on HCIS platforms (2016 to 2025).

Despite high market growth rates, HCIS use cases have so far been limited, causing silos with existing infrastructure, according to Gartner. Its progression will be dependent on multiple hardware and software advances, such as networking and software-defined enterprises.

Ultimately, the underlying infrastructure will disappear to become a malleable utility under the control of software intelligence and automated to enable IT as a service (ITaaS) to business, consumer, developer and enterprise operations.

“HCIS is not a destination, but an evolutionary journey,” said Mr. Butler. “While we fully expect the use cases to embrace mission-critical applications in the future, current implementations could still pose constraints on rapid growth toward the end of the decade.”

More detailed analysis is available for Gartner clients in the report “Prepare for the Next Phase of Hyperconvergence.”