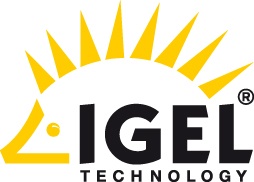 35.3% of all thin clients used in German companies and institutions come from IGEL Technology. As the market leader in Germany, IGEL has a strong presence in enterprises of all sizes. Analysts are observing new momentum in the thin client market due to the increasing trend toward cloud computing.

Bremen, Germany – November 19, 2012 – When it comes to thin clients, German companies find that the expertise and experience of IGEL Technology are second to none. That’s the result of an independent survey conducted by the analysts at ama GmbH, which specializes in the ICT market. From January to July 2012, the experts surveyed 6,146 enterprises with at least 50 employees, about the manufacturers of their workstation devices. In doing so, they were also able to determine the distribution of desktop PCs and thin clients. Of the 98,062 thin clients counted (approximately 11% of all workstations), 35.3% of them were made by IGEL Technology, Germany’s leading thin client manufacturer.

In addition to the quantitative distribution of desktop solutions, ama examined their market penetration within individual business sectors and industries. Here, too, IGEL thin clients were the predominant devices in use. Overall, in all sizes of companies examined, devices from IGEL proved to be far more popular than those from its direct competitors. This is particularly true for large companies and corporate groups with at least 1,000 employees. Here, products from IGEL have an above-average share of 44.3%. The same is true for most industry sectors, where the greatest shares were found in the healthcare sector (58.6%), construction industry (58.2%) and the automotive industry (48.0%).

Another finding of the ama survey was the already well-established use of thin clients compared to conventional desktop PCs. Of the 6,146 enterprises surveyed, some 15% reported that they were already using thin clients as economical alternatives to PCs. Furthermore, the analysts at ama predict that this number will increase. They noted that certain trends, such as toward cloud/server-based computing, could cause traditional desktop PCs (fat clients) commonly equipped with local hard drives and CD-ROM readers to lose ground as the standard devices used in workstations over the long term.

“We’re extremely pleased with IGEL’s good results in this survey, especially since it was based directly on input from companies about their own user workstations. The fact that customers trust our hardware and software products is the best confirmation of IGEL’s market dominance in Germany,” stated Dr. Frank Lampe, Marketing Director at IGEL Technology.

‹ AppSense Selected as Only Microsoft Desktop Enablement Partner for User Personalization Solutions› RES Software Workspace Virtualization Technology to be deployed for a Multinational Telecom Provider with over 100,000 Users