Citrix releases XenDesktop 5.6 Feature Pack 1, and it’s now available to all XenDesktop customers with Subscription Advantage current as of February 17, 2012. Install this feature pack into an existing XenDesktop deployment. 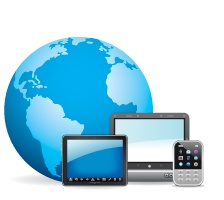 Introduced in XenDesktop 4, HDX 3D Pro released in this version of XenDesktop enables you to leverage GPU hardware acceleration for 3D applications based on OpenGL and DirectX. With HDX 3D Pro, you can use XenDesktop to deliver complex interactive graphics over wide area network (WAN) connections with bandwidths as low as 2 Mbps. On local area network (LAN) connections, HDX 3D Pro enables you to replace complex and expensive workstations with much simpler user devices, moving the graphics processing into the data center for centralized management.

Remote PC allows an end user to log on remotely to the physical PC in his or her office from virtually anywhere. The Citrix XenDesktop Virtual Desktop Agent on the office PC enables it to register with the XenDesktop Controller and manages the HDX connection between the machine and end user client devices. The Citrix Receiver running on the client device provides access to the office PC.

HDX RealTime optimized Lync calling is not available for use with Remote PC access.

Citrix Mobility Pack provides users with a true Native Device Experience by recognizing the type of endpoint operating system and enabling mobile device features such as auto-keyboard popup, local selector controls, and auto-scrolling. Receiver for iOS and Receiver for Android are required to take advantage of these enhancements.

This pack is required to make the unique capabilities of a mobile device such as GPS, camera, and other sensors available to application developers who may use it in conjunction with the Citrix Mobile Application SDK to create custom, mobile-friendly, virtual desktops hosted by XenDesktop in the data center.

After you install the Universal Print Server components and configure the new policy settings, a user can add and enumerate network printers through the Windows Provider and Citrix Provider interfaces.

The Universal Print Server feature comprises a client component (UPClient) that you install on XenApp and XenDesktop hosts, and a server component (UPServer) that you install on a print server. You must also ensure that your XenApp and XenDesktop hosts and the computer where you use the Group Policy Management Console have the appropriate updates installed.