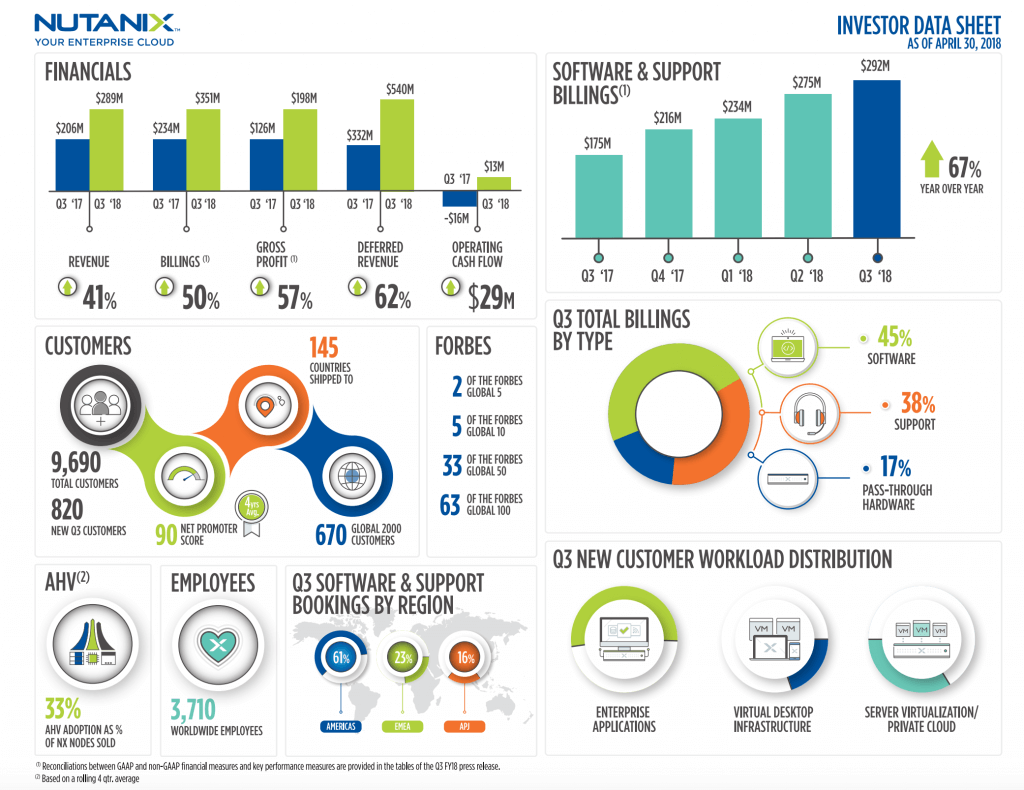 “Investment in our innovation engine is delivering strong results. At .NEXT, we introduced major new products that extend our unique consumer-grade value into security, networking, database operations, and multi-cloud markets,” said Dheeraj Pandey, Chairman, Founder and CEO of Nutanix. “Our continued industry-leading Net Promoter Score proves that a relentless focus on our customers drives our continued success.”

For the fourth quarter of fiscal 2018, Nutanix expects:

Supplementary materials to this earnings release, including the company’s third quarter fiscal 2018 investor presentation, can be found at https://ir.nutanix.com/company/financial/.

Nutanix AOS 6.6 is out and packs a punch

‹ Nutanix Flow Delivers Software-Defined Networking to Secure Applications with a Single Click› Citrix Optimizer 1.2 is out
Manage Cookie Consent
We use technologies like cookies to store and/or access device information. We do this to improve browsing experience and to show personalized ads. Consenting to these technologies will allow us to process data such as browsing behavior or unique IDs on this site. Not consenting or withdrawing consent, may adversely affect certain features and functions.
Manage optionsManage servicesManage vendorsRead more about these purposes
View preferences
{title}{title}{title}
Go to mobile version