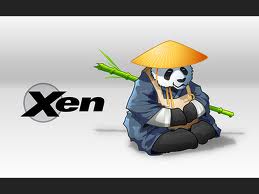 Xenproject.org has announced the release of Xen 4.3.0.
Xen 4.3 is the work of just over 9 months of development, with 1362 changesets containing changes to over 136128 lines of code, made by 90 individuals from 27 different organizations and 25 unaffiliated individual developers.

Xen 4.3 is also the first release made with using the roadmap to track what people were doing and aim for what to try to get into this release, as well as the first release to have consistent Xen test days. This, combined with the increased number of contributors, should make this one of the best Xen releases so far. Read on for more information.

Xen 4.3 also now includes support for ARMv7-A Virtualization Extensions and the ARMv8 architecture. This support is classified as Technology Preview and is aimed at supporting ARM based servers when these are available.

Another big change is that Xen 4.3 now will be switching the default qemu from our old qemu fork (affectionately called qemu-traditional) to qemu-xen. qemu-xen will be based on a recent release of the upstream qemu project, plus a small number of patches, mostly back-ports from upstream of fixes and new features. qemu-traditional will still be available.

For a complete overview of all the new features of Xen 4.3 click here

‹ Citrix Receiver for iOS 5.8 is now out› Citrix releases Worx Home App for iOS and Android