Citrix releases version 1.1 of the Optimization Pack for Microsoft Lync

Citrix has released an update of their Optimization Pack for Microsoft Lync version 1.1. In this new release, now available on Citrix Downloads page, rounds out this solution for delivering the Microsoft Lync client from XenDesktop and XenApp with several great enhancements. 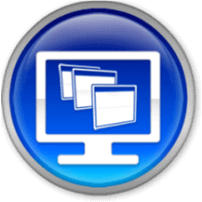 The marquee feature of the release is support for Enterprise Voice. Enterprise Voice is Microsoft’s term for PBX/PSTN integration. A “Select a Number” menu has been added to the Contacts menu, the Contact Card Options menu and other locations to enable Lync users to call non-Lync users at their telephone number. So this enhancement is great news for Citrix customers who want to use Lync as their phone system (see my blog post “Lync is our phone system”).

Other highlights of the new release:

Also, a Technology Preview of the HDX RealTime Media Engine for Mac is available.