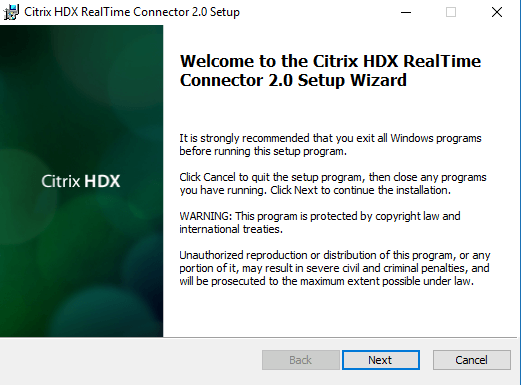 Customers with valid support contracts who experience an issue with this solution should open a trouble ticket with the vendor whose code they suspect to be causing the issue, that is, Microsoft for Skype for Business or Citrix for the HDX RealTime Optimization Pack. The vendor receiving the trouble ticket will triage the issue and escalate as appropriate. Each vendor can open trouble tickets with the other vendor as needed, eliminating the need to pong the issue back to the customer for redirection.

For customers who are still using Lync Server 2010, version 1.8 of the Citrix HDX RealTime Optimization Pack for Microsoft Lync provides an ideal solution. This feature of XenApp-XenDesktop Enterprise and Platinum editions is supported by Citrix and was developed using Microsoft Windows and Lync APIs and proprietary Lync codecs (licensed by Citrix from Microsoft) which are fully supported by Microsoft, according to the timelines published in Microsoft’s product lifecycle policy.