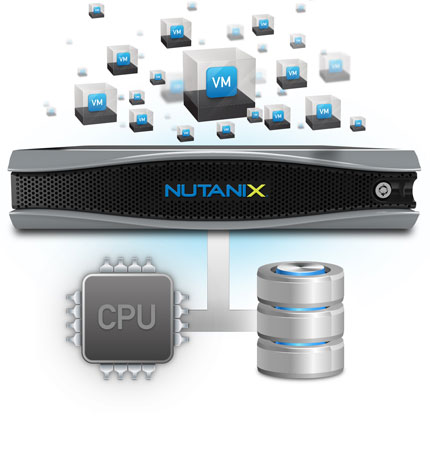 The Nutanix and Citrix reference architecture is ideal for taking VDI projects from pilot phase to full production. VDI projects are notorious for experiencing infrastructure-related challenges such as incorrect sizing, unexpected storage bottlenecks, inability to maintain acceptable performance at scale and complex management. The Nutanix web-scale architecture allows organizations to start small and minimize upfront costs, and scale the infrastructure on-demand while delivering an excellent user experience. In addition, the recently announced Nutanix Per Desktop and VDI Assurance program de-risks VDI deployments by ensuring that there are always sufficient infrastructure resources to maintain the highest possible VDI performance levels.

“Using Nutanix, we managed to deploy infrastructure to support our 4,000 user Citrix deployment in less than two days. Being able to move so rapidly helped solve one of our major pain points,” said Victor Irlandez, senior technical architect at Rush University. “We also found the cost to be lower than comparable configurations, which helped us achieve our costs goals.”

“Nutanix and their web-scale design have been true game-changers in the datacenter,” commented Jim Steinlage, president and CEO of Choice Solutions. “As a long time platinum partner of Citrix, we aim to offer our customers excellent value around desktop virtualization. We’re excited about leveraging the Citrix and Nutanix reference architecture to deliver on our promise of cost effective, predictable and scalable VDI for our clients.”

“The hyper converged architecture of the Nutanix Virtual Computing Platform complements the scalability and flexibility of Citrix XenDesktop. This drove our decision to collaborate with Nutanix for a validated solution,” said Calvin Hsu, vice president of product marketing, Desktops and Apps at Citrix. “The Citrix-Nutanix reference architecture will help partners and customers lower the deployment time and risk, while providing a highly-efficient virtual desktop infrastructure.”

“As the first converged infrastructure vendor offering a validated reference architecture, Nutanix is enabling organizations to successfully and cost effectively deploy VDI from pilot to production, while delivering a superior user experience for all users,” said Howard Ting, senior vice president, marketing and product management at Nutanix. “Our joint customers will benefit from fully tested, end-to-end design and pay-as-you-grow scalability as a result of the work done on the CVS and the Nutanix web-scale converged infrastructure.”