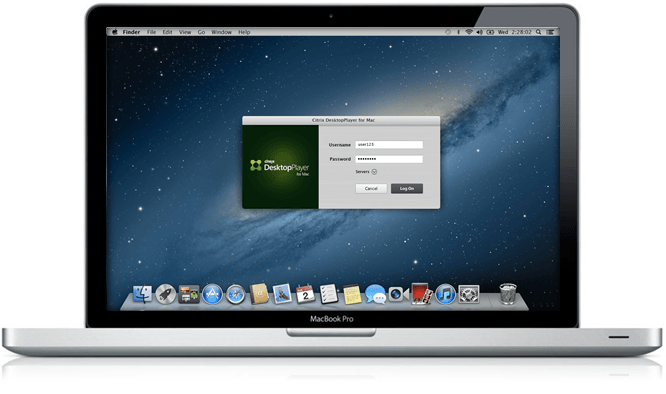 Citrix has announced the release of Citrix DesktopPlayer for Mac, a client virtualization solution, which extends the benefits of the market-leading Citrix XenDesktop solution to mobile MacBook users. DesktopPlayer gives users the ability to work on their Windows virtual desktops in any network scenario — including over low-quality connections, congested WiFi hotspots, and even when no connection is available. Using DesktopPlayer with XenDesktop enables users to switch between local and hosted virtual desktops with ongoing synchronization of personal profiles and data. This allows users to work on their MacBook laptop, then seamlessly switch to any other device to access their cloud-hosted virtual desktop. End users gain freedom to work anywhere, independent of network conditions, and IT gains control with the ability to centrally-manage Windows virtual desktops delivered to either corporate or personally-owned ‘bring-your-own’ (BYO) MacBooks.

The mobile worker population is expected to continue to grow as more companies enable mobile workstyles for their employees. With this growth, the presence of BYO devices is also expected to rise. According to Forrester Research, the growth of BYO is expected across many personal devices including tablets and laptops. Forrester expects sales of new laptops used for BYO will grow from over 5 million in 2014 to over 7 million by 2016, significantly expanding the number of BYO laptops already in use within enterprises. By 2016, Forrester expects the number of employees using their own laptop or tablet to double1, significantly expanding the number of BYO laptops already in use within enterprises. In addition, a recent Citrix survey found that enterprises expect the presence of BYO MacBooks will grow from 5 percent of their employee base today to 16 percent by 20162. Given these trends, it is necessary to provide customers with the ability to extend the delivery of virtual desktops to this fast-growing segment. Unlike other solutions that currently serve this market, Citrix is the only company that can address multiple use cases via local and hosted virtual desktops with centralized management and control.

The core value of DesktopPlayer for enterprises is the Synchronizer back-end management tool, which is a robust Web-based system with granular policy controls for deploying, updating, managing and securing virtual desktops that run on a Type-2 hypervisor. With DesktopPlayer, enterprises can now:

DesktopPlayer is the only virtual desktop solution for MacBooks that provides local and offline capabilities, full centralized management and control for IT, and data security. Used with XenDesktop, it provides a powerful combination of the ability to work in a local, offline environment optimized for laptop users, while preserving the ability to access their cloud-hosted virtual desktop from anywhere on any device – whether from a home PC, thin client or public computer.