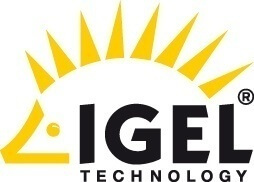 By September 30 (inclusive), IGEL was able to sell 130,100 thin clients worldwide, once again increasing its unit sales compared to the same period of the previous year (126,292). This result has strengthened IGEL’s position as one of the world’s leading manufacturers of thin client hardware and software. In addition, it is a good indicator of the increasingly successful and expanded use of thin clients.

According to IDC, during the first three quarters of this year some 3,617,000 thin clients were sold worldwide (almost 450,000 more units than by the same time in 2011), representing an increase of over 13%. And this upward trend is also continuing in the German market. A direct comparison of annual sales reveals that during the third quarter of this year 7.4% more thin clients were sold in Germany than during the same period in 2011. The growing acceptance of thin client for virtual desktop infrastructures (VDI) by businesses is behind this increase in sales because they are easy to deploy and maintain, consume little energy, generate essentially no heat and are practically silent in operation. Furthermore, the service life of a thin client is much longer than that of a PC. Consequently, it’s unsurprising that the market for “fat clients” has been experiencing a downward trend and, in particular, suffered a massive decline during the third quarter. According to a study by Gartner in November, 19% fewer notebooks and desktop computers were shipped in this year’s third quarter than during the same period last year.

“Even if these figures can’t be compared on a 1:1 basis and are influenced by many factors, a fundamental trend is still recognizable. Cloud computing scenarios and virtual desktop infrastructures are being successfully deployed by more and more companies, a process that is promoting the use of thin clients at the front end of user environments. As Germany’s leader in thin clients, IGEL Technology offers customized solutions for numerous application areas. IGEL’s growth shows that the thin client concept is being well received and that thin clients are already surpassing desktop PCs in certain areas,” noted Heiko Gloge, Managing Director and Partner at IGEL Technology.