IGEL updates their firmware with integration of Microsoft RDP 8.0 with new RemoteFX capabilities 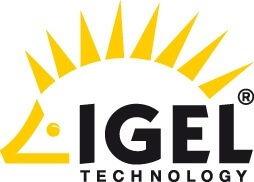 From the end of February, all models in IGEL’s Universal Desktop series running Windows Embedded Standard 7 will support the new features in Windows Remote Desktop Services, making them ready for Windows Server 2012. RemoteFX will function even better in wide area networks (WAN) and extend the range of uses for high-performance remote connections.

With its first firmware release of the year, IGEL Technology is issuing a comprehensive update of Microsoft Remote Desktop Services for all models in its UD3, UD5 and UD9 series running Windows Embedded Standard 7. This support for Microsoft Remote Desktop Protocol (RDP) 8.0 will allow users to take immediate advantage of the many new features that Microsoft has introduced with the launch of Windows 8 and Windows Server 2012. For instance, RemoteFX has also been optimized for use in WANs and will now be able to provide smooth, stable delivery of applications and graphical content including rich media and 3D visual effects. By integrating the native Microsoft RDP client into its firmware, IGEL ensures that it is providing the most up to date virtual work environment, one that can fully stand up to comparisons with a Windows desktop PC. With Internet Explorer, Windows Media Player and the best driver support for peripherals such as scanners, CD drives and security tools, IGEL Technology continues to offer optimum performance and the best user experience in Microsoft Virtual Desktop Infrastructure (VDI) environments.

With its update to RDP 8.0, Microsoft has also added a whole series of new features to the RemoteFX protocol extension. All of these capabilities will now be available for IGEL thin clients running Windows Embedded Standard 7. They include the RemoteFX for WAN feature, which implements changes that enable users on WANs to also enjoy a fast and fluent (jitter-free) experience. This means that virtualized Windows desktops and applications can now be broadly delivered over WANs with a high level of graphics quality that is very nearly as good as experienced on a local area network (LAN) – without employing local codecs or multimedia redirection. What’s more, all the features and benefits offered by the Windows 8 UI, as well as Microsoft Silverlight and Adobe Flash animations, high-resolution videos or 3D applications can now also be readily used on a WAN. In addition, the RemoteFX Adaptive Graphics feature delivers a smooth and stable, rich graphics experience that dynamically adapts to the server load, the client access device load (client rendering speed) and network characteristics.

“With this new firmware, our Windows Embedded Standard 7 thin clients can now take full advantage of all of the benefits of Windows Server 2012 while also providing the full range of RemoteFX features and the best possible user experience. Of course, we’re also working very hard on supporting the upcoming Windows Embedded 8 platform, which will definitely allow even greater increases in the flexibility and performance of centralized virtual desktop infrastructures within mixed IT environments,” stated Matthias Haas, Product Manager at IGEL Technology.

These new features apply to all IGEL Universal Desktop series devices starting with the IGEL UD3 running the Windows Embedded Standard 7 operating system. The new firmware will be released at the end of February 2013.