The power of Citrix XenClient is that when you want to test something new, you can, without fussing around with your day to day Operating System.

Now, that Microsoft has the Developer Preview version of their next Windows 8 desktop out, it’s easy to test it with Citrix XenClient 2!
Several people including my self, had some small issues with getting it to run on the XenClient, so here is a quick guide on how to install Windows 8 on Citrix XenClient 2!

Now we need to create a New Virtual Desktop: 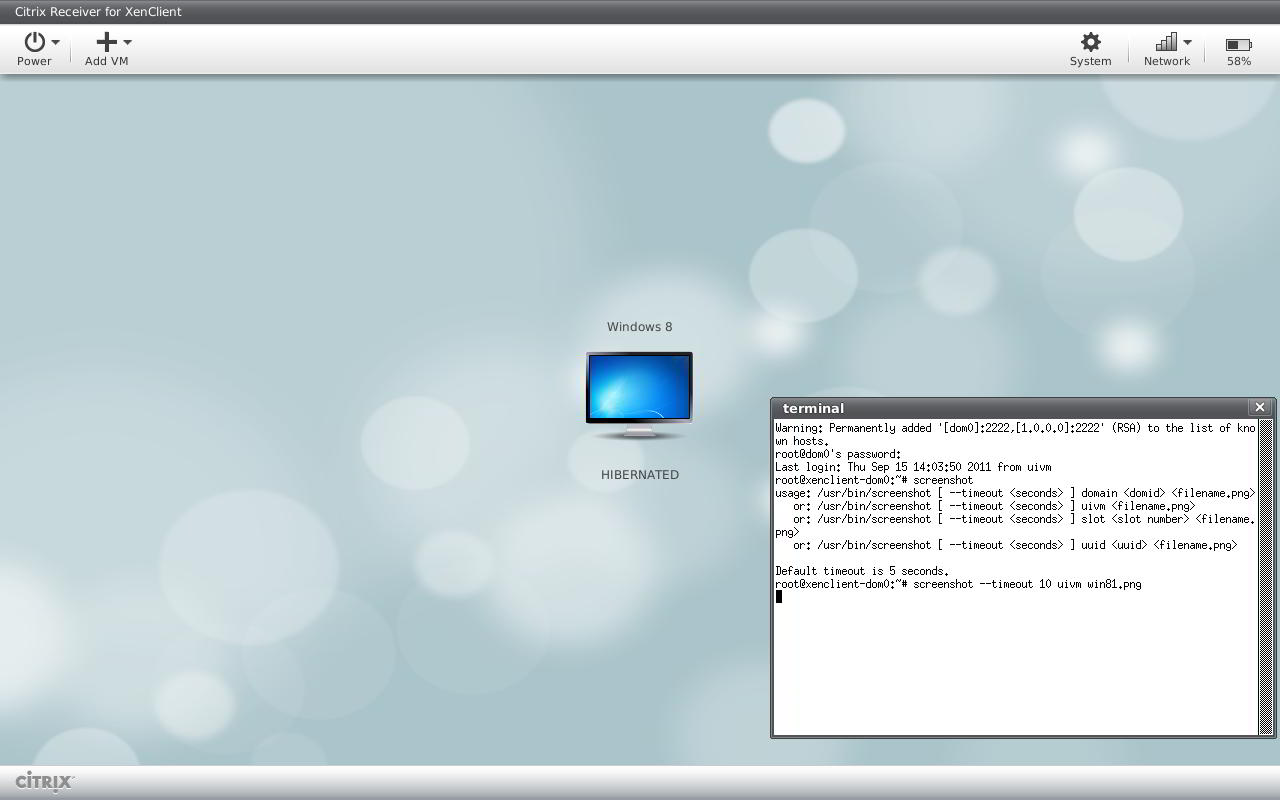 Choose create a new VM by using the “Add VM – Install from Disc” option on the Citrix Receiver for XenClient menu bar. 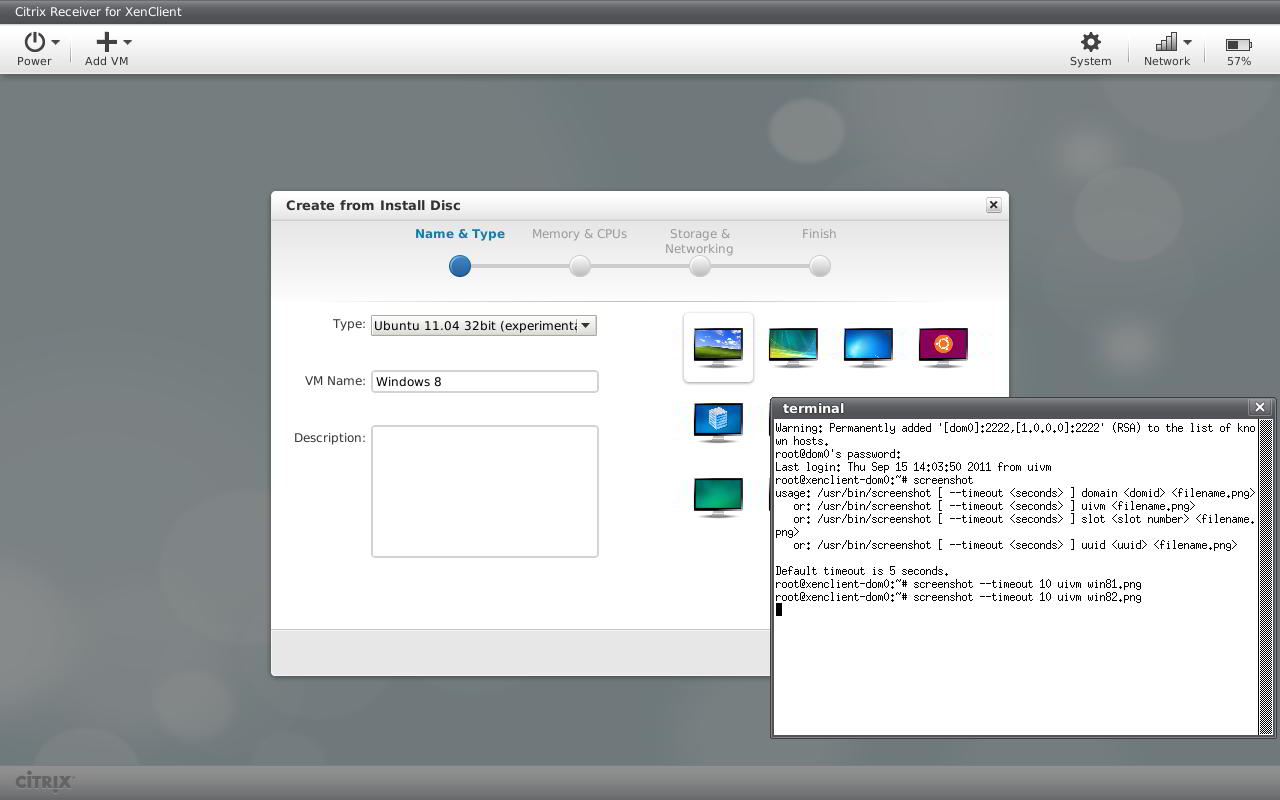 It should now install without the loop problems when choosing Windows 7 or other OS’s from the menu!

Notes: if you are using XenClient 1.0, then select “Windows 7 32-bit”, and go thru the rest of the VM creation phase. Then open up the terminal windows(ctrl-T) and type xec-vm –uuid set viridian false (where is the uuid for the new vm just created)

The ultimate How to guide for BYOD Projects